INAF 100-71: Proseminar - Culture and Society in the new Middle East

Check out the Arab & Middle Eastern Studies guide from the Main Campus for an extensive list of resources in this area.

The Difference between a Secondary and Primary Source

The library catalog has some clues that can help you. 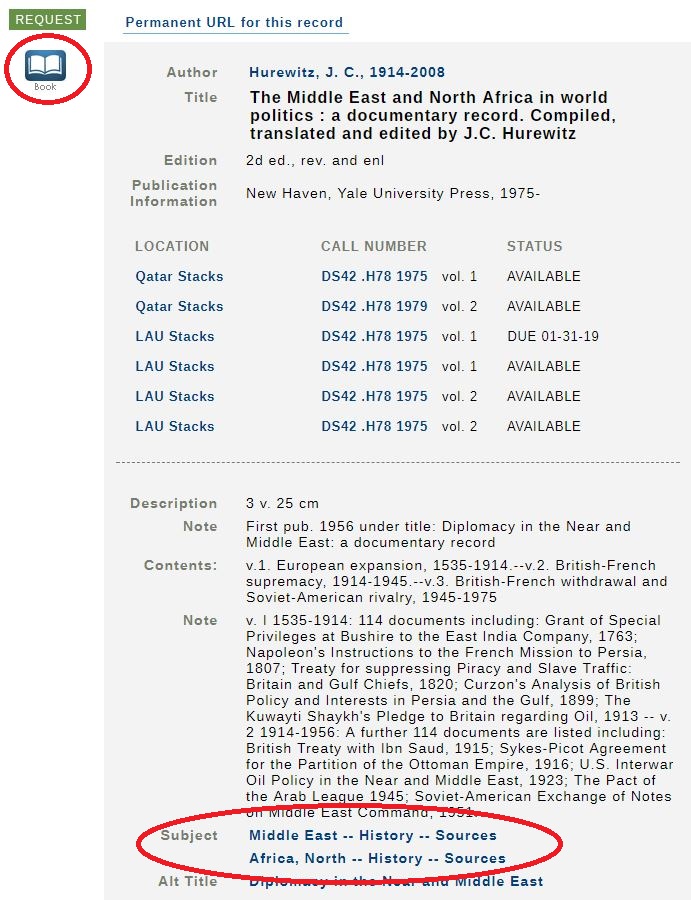 The top circle links to more detailed information about the book, often including a summary and table of contents.

The bottom circle are subject headings. Look out for words like Sources, Diaries, Personal narratives, Interviews, Letters or Documents.